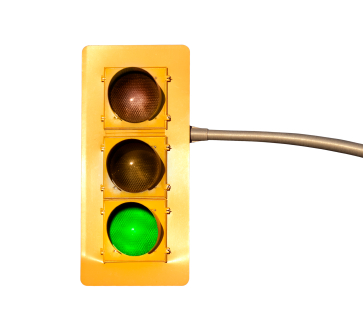 Last week I received a phone call from an attorney asking what is the authority that says a party has the right to conduct discovery.  I responded, “The Discovery Act!”  Counsel stated that they needed more because a special master in their construction defect case refused to allow them to serve discovery and was demanding authority to prove that they had such a right.  I thought it was such a basic concept in civil litigation that I was amazed that it even was an issue.

California courts have reiterated that discovery provisions in the Civil Discovery Act of 1986 (CCP 2016-2036) and the Civil Discovery Act (CCP 2016.010-2036.050), which replaces it, are to be liberally construed in favor of disclosure. Flagship Theaters of Palm Des., LLC v. Century Theaters, Inc. (2011) 198CA4th 1366, 1383, 131  CR3d 519 (absent showing that substantial interests will be impaired by allowing discovery, liberal policies of discovery rules will generally counsel against overturning trial court’s decision granting discovery and militate in favor of overturning decision to deny discovery).  For example, in a breach of contract action against an insurer, the court stated that “California’s pretrial discovery procedures are designed to minimize the opportunities for fabrication and forgetfulness, and to eliminate the need for guesswork about the other side’s evidence, with all doubts about discoverability resolved in favor of disclosure.” Glenfed Dev. Corp. v. Superior Court (1997) 53 CA4th 1113, 1119, 62 CR2d 195.  To accomplish the legislative purpose behind the discovery statutes, they “must be construed liberally in favor of disclosure.”  Emerson Elec. Co. v Superior Court (1997) 16 C4th 1101, 1107, 68 CR 2d 883, quoting Greyhound Corp. v Superior Court (1961) 56 C2d 355, 377, 15 CR 90.  [Emphasis Added]

3. Subject to Exercise of Court’s Discretion

*This purpose is to be given effect rather than thwarted, so discovery is encouraged.

*Disputed facts should be liberally construed in favor of discovery, rather than in the most limited and restricted manner possible.

*Statutory limitations on discovery should not, in the exercise of discretion, be extended beyond the limits expressed by the legislature.

*Judicial discretion may not be exercised in situations not included in the discovery statutes, e.g., denial of discovery based on a claim that the party seeking discovery is engaging in a fishing expedition.”  Such matters may, however, be considered under the court’s statutory power to prevent misuse and advance the ends of justice.

*When the facts are undisputed, or are reasonably susceptible to only one interpretation, the issue becomes one of law and is not subject to the exercise of discretion.

*Whenever possible, a court should impose partial limitations on discovery rather than denying it entirely;

*Before requiring a party to bear the burden or cost of production, a court should weigh the importance of the information sought against the hardship that its production may entail, as well as the relative ability of the parties to obtain the information [Emphasis Added]

b. Other Principles Guiding Court’s Exercise of Discretion  §1.30

In addition to the guidelines of Greyhound Corp. v Superior Court (1961) 56 C2d 355, 383, 15 CR 90, several other principles are well established in California discovery law:

*In the face of an “irrelevance” objection, an order granting discovery is proper unless  there is no reasonable possibility that the responses will lead to the discovery of admissible evidence or be helpful in preparing for trial. Sav-On Drugs v. Sup. Ct. (1975) 15 C3d 1, 15 CR 132

The Discovery Act and the current case law make it clear–the trial court must have legal justification for any order granting or denying discovery and an order lacking legal justification can be set aside on an appeal or request for a writ.  See Johnson v. Superior Court (2000) 80 CA4th 1050, 1061, 95 CR 2d 864, citing Greyhound Corp v. Superior Court (1961) 56 C2d 355, 378, 15 CR 90.  Though some aspects of discovery limitations are explicitly entrusted to the court’s discretion such as C.C.P. §2019.020(b) which gives the court the power to establish the sequence and timing of discovery for the convenience of parties and witnesses and in the interests of justice. Lu v. Superior Court (1997) 55 CA4th 1264, 1269 which states that one of a discovery referee’s duties is to “work with the attorneys in developing a discovery plan, scheduling discovery in the most efficient, rational and least oppressive manner.”  However, neither the Discovery Act nor Lu v. Superior Court gives the court or the special master wholesale powers to disregard a party’s right to discovery.