On January 1, 2023, fellow San Francisco Superior Court Pro Tem Discovery Judge, Douglas Robbins, published “The California Discovery Manual 2023“, which is full of helpful “Practice Notes.” One such practice note titled “Responding to Refusals to Answer” provides a strategy when a deponent refuses to answer the question posed due to the instruction by their attorney not to answer. I hope you find it as helpful as I did.

“A common area of abuse occurs when attorneys instruct a witness to not answer a deposition question. Instructions to refuse to answer should occur only in response to questions implicating a privilege or right such as the attorney-client privilege, the spousal/marital privileges, the right to refrain from self-incrimination, and the like. All other objections, say for relevance, for hearsay, and even for “harassment,” cannot justify an instruction to the witness to refuse to answer. If a deposition has truly become unreasonably harassing, the deponent’s remedy is not to refuse to answer questions but rather to suspend the deposition, walk out the door, and immediately move for a protective order.

When faced with improper instructions to refuse to answer, the Master Strategist will troubleshoot the issue in the following order:

1.         Clarify that Witness Refuses to Answer. Create a clear record that the witness is abiding by counsel’s instruction, refusing to answer the questions posed. Without this clarification, any subsequent motion will be moot.

2.         Educate Counsel. Allow counsel to save face, perhaps by meeting and conferring in the hall, outside the client’s earshot. Try quoting this Manual, or the text from the Stewart case, in an attempt to calmly educate counsel regarding improper objections. Gently note that making “an unmeritorious objection to discovery” is sanctionable. See Cal. Civ. Proc. Code § 2023.010(e). Refrain from sounding didactic or condescending. Counsel may refuse to back down in this instance for many reasons, pride among them, but may be nonetheless deterred from making further improper objections.

3.         Circle Back Later. In a surprising number of circumstances, the subject matter of a question for which the attorney instructed the witness to refuse to answer will be less objectionable later in the deposition. After five or six hours, as fatigue sets in and the coffee wears off, attorneys may become less vigilant, and witnesses may become more bold, answering questions that that they should not, and answering them faster than counsel can object. In some cases the more chatty witnesses may even offer up the answer you were looking for, sua sponte, without being directly asked. Try asking the objectionable questions later in the day and see if you can get what you need.

4.         Call the Judge. Explore with your judge at the case management conference, or during some other unrelated hearing, whether she would be available for an on-the-spot, telephonic conference to adjudicate objections during depositions. This is a more common practice performed by magistrate judges in federal court, but a potential solution available from an accommodating judge (or judge pro tem) in state court.”

You can buy Douglas Robbins’ book on Amazon.

One of the most common questions I am asked is: when does the clock start regarding bringing motions to compel written discovery? The statutes all contain the same language, but it’s not that easy to decipher. Below is a list of scenarios with the applicable statutes and case law regarding the different responses you may receive.

FAILURE TO RESPOND There is no time limit on bringing the motion to compel the response to the Interrogatories, or the request for production of documents, or have the admissions be deemed admitted. See CCP §§2030.290(b), 2031.300(b) and 2033.280.

The Fourth District Court of Appeal in the case of Golf & Tennis Pro Shop, Inc. v. Superior Court, 2022 Cal. App. LEXIS 855 answered the question whether the 45-day period to file a motion to compel further responses begins to run upon service of a combination of unverified responses and objections if the motion challenges only the objections. The Court held that “the most reasonable construction of the applicable statutes seems to us to require verification of such a hybrid of responses and objections before the time period begins to run.”

The court may toll the deadline for filing a discovery motion if an Informal Discovery Conference is requested pursuant to CCP §2016.280. See blog “If Meet and Confer Fails, Ask for Help.” 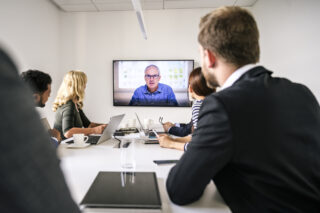 When the Covid-19 pandemic struck in early 2020, the legal profession scrambled as to how it could proceed without conducting business in person. Emergency Orders were issued by the Judicial Counsel and remote depositions became an everyday occurrence.

On January 1, 2022, California Rules of Court, Rule 3.1010 titled “Oral depositions by Phone, videoconference, or other remote electronic means” was modified to reflect the practicalities of what we learned the previous two years regarding remote depositions.

END_OF_DOCUMENT_TOKEN_TO_BE_REPLACED That is what the Eighth Division of the Second District Court of Appeal said in their opinion in Beth Field v. U.S. Bank National Association B309111 filed on June 9, 2022.  The Court of Appeal went further and said “You likewise harm your own prospects if ever you hope for a fee award.  (See Karton v. Ari Design & Construction Inc. (2021) 61 Cal.App.5th 734, 747 [attorney unprofessionalism justifies reducing fee awards].)”

END_OF_DOCUMENT_TOKEN_TO_BE_REPLACED “When does the 45 days to bring a motion to compel further responses to RPD begin? Is it when they serve their written response with an asserted privilege, or when they produce documents? The issue is over an asserted attorney client privilege. They produced redacted documents, no privilege log yet.” END_OF_DOCUMENT_TOKEN_TO_BE_REPLACED Have you ever been in any of these situations?

Eleven days before the close of discovery, opposing counsel hand serves you with a Person Most Knowledgeable/Custodian of Records Deposition Notice with 27 separate categories for testimony and 67 requests for documents.

In each of these situations the discovery propounded was proper according to the Code of Civil Procedure. END_OF_DOCUMENT_TOKEN_TO_BE_REPLACED The COVID-19 pandemic has fundamentally changed the way in which depositions are conducted.  Most depositions throughout California are now conducted remotely, on virtual conferencing platforms, rather than in person, which was the modus operandi for so long. This change has brought some major benefits for counsel, witnesses, and the court reporters/videographers who are critical to the proceeding: there is much greater flexibility for all involved, as they are no longer required to travel to and from their offices or homes for each deposition, they do not need to carry their files or equipment to and from the deposition location, and they can now “attend” from anywhere, at any time, with a reliable internet connection.  Running late, stuck in traffic, and transit delays are all avoided.  Here in the Bay Area, that has been an enormous benefit simply in the efficient management of time, avoiding the ever-frustrating Bay Area freeways or less-than-reliable public transportation networks.  Virtual depositions, when counsel and witnesses are prepared and their connections are vetted, promote greater efficiency and result in less time overall to complete the examination.  Depositions tend to start on time, breaks tend to be shorter, distractions are minimized, and the preparation and management of the exhibits is streamlined.

END_OF_DOCUMENT_TOKEN_TO_BE_REPLACED Many lawyers use the terms “supplemental expert” and “rebuttal expert” interchangeably, but, according to the Discovery Act, they are very different. A supplemental expert  is one that was disclosed twenty days after experts have been disclosed and is pursuant to Code of Civil Procedure section 2034.280 and is allowed to provide expert testimony. However, a rebuttal expert’s testimony is limited to rebutting or contradicting an opponent’s  expert’s “foundational facts” that form the basis of their opinion. END_OF_DOCUMENT_TOKEN_TO_BE_REPLACED If a party failed to serve their expert disclosure statement on time, they may bring a motion pursuant to C.C.P §2034.710 for an order to submit a tardy expert witness list.  This section titled Power of Court to Allow Motion to Submit Tardy Expert Witness states:

(a) On motion of any party who has failed to submit expert witness information on the date specified in a demand for that exchange, the court may grant leave to submit that information on a later date.

(b) A motion under subdivision (a) shall be made a sufficient time in advance of the time limit for the completion of discovery under Chapter 8 (commencing with Section  § 2024.010) to permit the deposition of any expert to whom the motion relates to be taken within that time limit. Under exceptional circumstances, the court may permit the motion to be made at a later time.

(c) The motion shall be accompanied by a meet and confer declaration under Section 2016.040.

END_OF_DOCUMENT_TOKEN_TO_BE_REPLACED In Shadow Traffic Network v. Superior Court (1994) 24 Cal.App.4th 1067, the Court of Appeal stated that where counsel retains an expert consultant with confidential information concerning the opponent’s case, there is a rebuttable presumption that the expert shared that confidential information with the counsel that retained him or her, which requires disqualification. See Evid Code §606 on the effect of a presumption. To prevent disqualification, the presumption must be rebutted with an affirmative evidentiary showing that no confidential materials were transmitted. This showing has been met by including the writings that were transmitted and what topics were discussed verbally, which would demonstrate that the offending material was not transmitted. However, be mindful that it is not just the precise materials, but also the benefit of the confidential materials that must be rebutted: END_OF_DOCUMENT_TOKEN_TO_BE_REPLACED