The meet and confer process has failed.   Now you have to decide whether (1) you need to bring a Motion to Compel Further Documents because the documents are an integral part of the defense and/or prosecution of your case, or (2) wait for trial and make a motion in limine to exclude the documents categorically… Effective January 1, 2019, Code of Civil Procedure Section 2016.080 authorizes the court to conduct an informal discovery conference upon request of a party or on the court’s own motion. The statute reads:

(a) If an informal resolution is not reached by the parties, as described in Section 2016.040, the court may conduct an informal discovery conference upon request by a party or on the court’s own motion for the purpose of discussing discovery matters in dispute between the parties. Unfortunately, times have changed since the Discovery Act of 1986 went into effect. No longer can a law firm afford to have an associate sit at the knees of a respected senior partner and watch, listen, and learn without billing. No longer do lawyers have time for the “two-martini” lunch in order to get input from their colleagues about cases with which they are having trouble. No longer is the legal community so small that you know you are going to see opposing counsel again and fear their retaliation. Boilerplate objections are becoming more and more common in response to each of the document requests.  The above is an example of inappropriate boilerplate objections. In fact, boilerplate general objections are sanctionable in California per Korea Data Systems Co. Ltd. v. Superior Court (1997) 51 Cal.App.4th 1513 and may result in waivers of privilege per Burlington Northern & Santa Fe Ry Co. v. U.S. Dist. Court 408 F.3d 1142, 2005 WL 1175 922 (9th Cir.2005) [trial court affirmed in holding boilerplate objection without identification of documents is not the proper assertion of a privilege.]…
END_OF_DOCUMENT_TOKEN_TO_BE_REPLACED Have you noticed that you are getting too many objections and very little documents to your document requests?  Have you also noticed that despite months of meet and confers you still don’t have a determination whether or not documents exist; and if they do exist, why they aren’t being produced? Is this scenario more the norm then the exception?…
END_OF_DOCUMENT_TOKEN_TO_BE_REPLACED In this blog I have asked that lawyers write in if there was a topic they would like me to address.  I have received many requests over the years and the next couple of blogs will be responding to some of these requests.  Here is the first one.

“I noticed a few things regarding privilege logs. 1) litigators are not sending them. 2) my opposing counsel tends to argue that there is no obligation to prepare a privilege log unless it is demanded by the requesting party and I don’t think that’s right – I think it’s an affirmative duty arising when someone withholds documents under an objection – is that right?” I received a comment about one of my blogs saying:

Many young(er) attorneys abuse discovery as a matter of course – as if they have been taught how to be obstructionists at law school. I also think newer attorneys do the scorched earth route to create more billing.  One dope sent me objections that were over 100 pages.

I have written many blogs regarding how to handle discovery abuse by opposing counsel.  These include filing motions to compel further responses, filing motions for protective orders and how to recover sanctions. 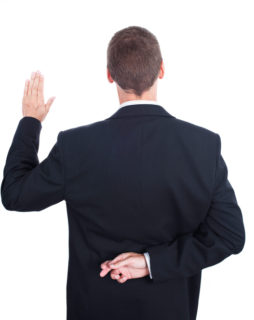 Patrick Nolan’s article “How the crafty defense lawyer hides things by avoiding the details in requests for production of documents — Using the teeth of the statute to get the most out of RFPs”  gives an eye opening tutorial on how to deal with a response that is not as straightforward as it appears.  Below is his article. When I was a research attorney for Alameda County Superior Court, my judge drilled into me to always check the proof of service to make sure that it was signed and service on all parties had properly been made.  As a Discovery Referee, I still review the proof of service first and I am always amused when the proof of service is signed saying that I was already served.  Recently I was reading Aaron Morris’ article “Don’t be that Attorney—Ten Ways to Make Yourself Look Foolish”,  a humorous article that many of us lawyers always wanted to write about the outlandish positions attorneys take.  I specifically enjoyed his third pet peeve and had to pass it along.

So here it is